Fleckvieh cross cows can rival pure milk producing breeds in terms of milk yield, but with the advantage of ensuring additional income through their fertility, good fitness and milk of high quality.

Additional income results from the sale of the bull calf. The birth of a Fleckvieh calf is much more than the trigger for a new lactation. The results of crossbreeding with Holstein-Friesian and red cattle in Scandinavia are extraordinary.
Breeders appreciate the high performance and the high level of total solids in milk as well as bull calf income. 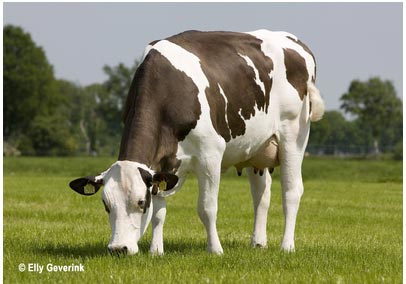 The durable strength provided by the Fleckvieh not only optimises health and fitness, but also beef value. FLECKVIEH x HOLSTEIN bull calves generate extra income not more problems.
One farmer has tracked his crossbred calf income over the last year. He has received the equivalent of 1.6 cents €/litre more for each litre of milk sold from the farm as a result of the higher price received for his Fleckvieh cross calves.
Within a dairy herd, there are four potential income streams:
With Fleckvieh you will have: 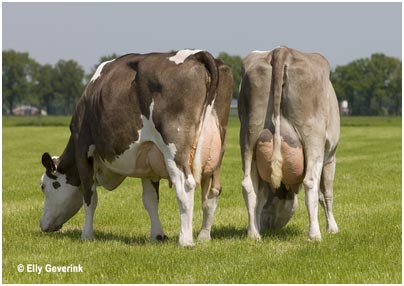 Fleckvieh crossbreds are milking from Austria, Czech, Slovakia, France, Germany, Turkey, Italy, the Netherlands, Canada, Colombia, Costa Rica and the UK and everywhere the same scenario: strong, long-lasting productive cows that are profitable for their owners.